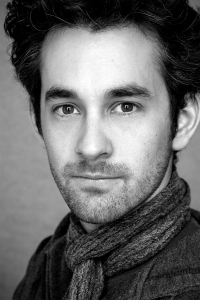 Benedikt Schwarzer first worked as a photo assistant and designer in the field of advertising and portraiture, as well as an assistant director and camera assistant for documentaries and feature films. With the foundation of a film production, he also realized industrial films.

From 2010 to 2017 he studied documentary film directing at the HFF Munich, shot music videos, trailers, partly animated, and video installations.

His debut film, the feature documentary DIE GEHEIMNISSE DES SCHÖNEN LEO premiered at DOK.fest Munich in 2018, screened at various festivals and was released in German cinemas in 2019. The film was nominated for the German Directing Award Metropolis, the Studio Hamburg Newcomer Award and the German Documentary Award, among others. It won the ARRI pitch.award and the Starter Film Award of the City of Munich.

Benedikt Schwarzer works as a freelance filmmaker and lecturer at Club23.